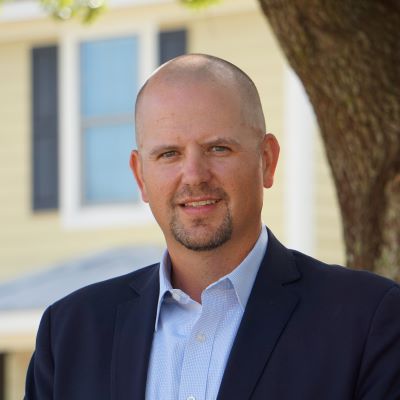 W. Justin Holt has joined the management team of The Evangeline Bank and Trust Company as a senior vice president, at the Lake Charles branch.

Originally from DeRidder, Louisiana, Justin brings over 17 years of experience in the financial field where he has managed and originated over $350 million in loans in South West Louisiana. Before coming onboard to The Evangeline Bank and Trust Company, he had been with Lakeside Bank since 2018 and prior to that he was with First National Bank of DeRidder for 10 years; serving most recently as regional president and previously as chief lending officer.  Justin has extensive experience in commercial, real estate, secondary market origination and lending, as well as operations and management.

Justin has also taken a local leadership role in the fight against cancer during Breast Cancer Awareness Month by participating in the Real Men Wear Pink campaign, and he was named an up-and-coming leader by Thrive magazine in their annual “13 Thriving 30-somethings issue.”

In his spare time, Justin loves spending time with his wife and his four children. He is an avid outdoorsman and when time permits, he also loves to fly.  Justin is in the process of finishing his pilot license.